Elite universities are once again looking for social conformists rather than disrupters.

Last week, dozens of wealthy parents were charged for allegedly paying a firm to cheat on college entrance exams or bribe officials to get their children accepted into elite colleges. The number of people involved in the scam is small, so the case itself has proved little except that all human institutions can be corrupted. But there’s a broader point that must be considered. This case is an indicator of a profound crisis at American universities. I know that profound crises have become a dime a dozen, manufactured by people like me with writing deadlines, but I ask you to bear with me.

We live in a knowledge-based economy. Our universities are the social institutions designed to produce and educate the next generation that will participate in that economy. But the best universities do more than this. They teach those outside elite circles the manners and customs of power. They allow them to meet others who will form the networks of authority that are indispensable to society. If you go to Harvard, you likely won’t learn any more about biology in your freshman year than you would at a state school. But you will learn something that isn’t taught by professors but is still vitally important: how to fit into the structure and customs of influence.

Harvard is blunt about this, though it might be unaware how blunt it is. The school’s website lists several factors considered in the admissions process. One is particularly striking: “Would other students want to room with you, share a meal, be in a seminar together, be teammates, or collaborate in a closely knit extracurricular group?” In other words, the school wants to know if an applicant will conform to the social order. Eccentrics and non-conformists – people who have radically different views that might be offensive to some – are not really welcome. There is, of course, always the socially acceptable oddity, but the real outlanders, the ones who have beliefs or interests that would cause them not to attract roommates, are screened out.

According to the Harvard Crimson student newspaper, about 12 percent of Harvard’s student body is Republican. But it’s unlikely students with conservative views would, for example, wear MAGA hats or organize pro-life rallies because most students likely wouldn’t want to room with them if they did, and that would make them a bad fit for Harvard. What’s missing in all this is the idea that you should be required to work and learn with people who you profoundly disagree with and face the fact that those who disagree with you may be not only reasonable but even right.

Many will leap on the political imbalance in the student body, but the more important issue is that Harvard bases its admissions policy on social conformity. And in doing so, it undermines one of its most important claims: that it promotes social diversity. As in the 1920s, elite schools now are looking for students who would fit in, not those who have different or uncomfortable perspectives on life. It should be the role of a university to, as H.L. Mencken and others said about newspapers, “comfort the afflicted and afflict the comfortable.”

The American university system was transformed after World War II by the GI Bill, which provided educational assistance to veterans. They flooded the nation’s universities and were admitted into some of its top schools. They did superbly and created the mass professional class that powered the nation through the 1970s. The GIs were mostly men, many of whom faced the abyss and saw it smile back at them. Many others had not been in combat but understood discipline and knew that life did not have to be pleasant, but had to be lived. They had to live with strangers they may not have liked. They never expected to be surrounded only by people who had similar views and experiences as they did. They understood diversity in a personal way and were there to learn the skills they would need in the next phase of life.

During this time, money flowed into universities from the federal government. The Manhattan Project, the U.S.-led effort to develop an atomic bomb, turned universities into centers for national security research. They were an integral part of American life and, in the 1950s and 1960s, included the best of Europe’s emigre scholars. While teaching for a short time at Louisiana State University in the mid-1990s, I remember discovering that the legacy of German political philosopher Eric Voegelin, who fled Germany in the 1930s and taught as LSU, was still alive and well.

When I went to college, candidates were still judged on their merits, but the ideological battle had already surfaced at Cornell and was developing into a discussion of what was and wasn’t socially acceptable at Harvard. Having the wrong point of view (and I always seemed to have the wrong point of view) could get you barred from grad school parties, and debates on the Vietnam War began redrawing the lines of propriety as they had been before the war.

Today, that divide seems even deeper. According to a study cosponsored by the College Board, there are 800,000 veterans or family members of veterans enrolled in U.S. colleges under the Post-9/11 GI Bill. Only 722, however, are enrolled at the country’s 36 most selective universities. That’s a stunning reversal of the numbers under the previous GI Bill. What that bill broke open more than 70 years ago is now closed.

This is part of the nation’s upward mobility problem. The lower-middle class has an average annual income of about $35,000. That leaves a take-home pay of about $2,500 a month, barely enough to rent an apartment, much less buy a house. I grew up in a lower-middle-class family. We had a small house and a car, but these days, that would be nearly impossible. For families facing such circumstances, getting a university education gives some hope that they’ll be able to improve their lot in life. Some of these students may even have the qualifications to get into an elite college, but the question remains whether they would be accepted in such schools. Would, say, a devout Catholic from a lower-middle-class home in Michigan be welcomed at Harvard? Would the university support such diversity?

Here’s a radical idea. I taught political philosophy for many years, and I noted that my students were less than thrilled to prowl through Plato. At 19 years old, a student’s hormones are raging and the desire to be liked by others is at its peak. Plato has little to do with any of this. The idea of going to university at this age originated in the Middle Ages when the university was created and life expectancy was in the mid-30s. Now, life expectancy is about 80, and a 40-year-old would be far more willing to learn about Plato than a 19-year-old. A 40-year-old student can understand the importance of justice; a 19-year-old can understand only that class will be over shortly.

Universities are failing in two ways. First, they have slipped back into the role of gatekeeper for the conformists. Second, they seem incapable of playing their historic role in not just promoting upward mobility but integrating the brightest of the poor with the existing elite. That was a vital function, and as everyone knows, unrest begins when the most intelligent youngsters have no hope left.

The university has become the major bar to the kind of social ferment the United States has always enjoyed. The problem started when universities stopped focusing on achievement and tried to admit students based on personal characteristics that were impossible to verify. The result was inevitable. They recruited students who were intelligent, likeable and liked. Plato wrote about Socrates, who was put to death for being an ass. I guess he wouldn’t have been accepted into Harvard either. 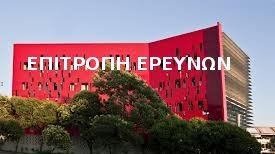 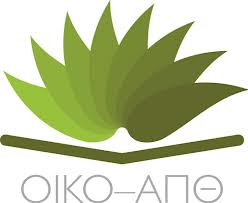 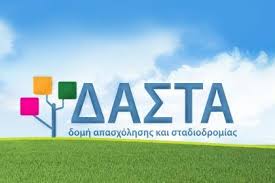 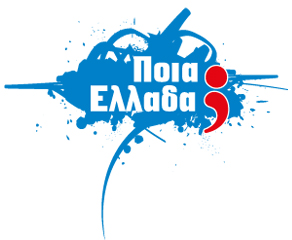